“Give me one hundred preachers who fear nothing but sin and desire nothing but God, and I care not a straw whether they be clergymen or laymen; such alone will shake the gates of hell and set up the kingdom of heaven on earth. God does nothing but in answer to prayer.” – John Wesley

The odds that were stacked against Donald Trump were staggering. His opponent did not only have her party in her corner. She had his party—the republicans including their speaker and former presidents in her camp. From the Wikileaks expose, she had the media in her camp i.e. tthe fourth estate of whom it is said by Carlyle this estate is “a power, a branch of government, with inalienable weight in lawmaking, in all acts of authority.” She also had powerful elites like George Soros and Lynn Forester de Rothschild chief executive officer of E.L. Rothschild, a holding company she owns with her third husband, Sir Evelyn Robert de Rothschild, a member of the Rothschild family.

And yet Donald Trump managed to cause the upset of the century. How could this be? I cast my mind back 3 years ago when Amos 3:7 was a reality. GOD spoke through Kim Clement and called out the next President by name—Donald. His only qualification was his love for his nation.

Amos 3:7 Surely the Sovereign LORD does nothing without revealing his plan to his servants the prophets.

But the prophecy alone was not what caused this upset but it set in motion along with other declarations movements of prayer—the one that stands out to me most was the last Call by Lou Engle. This man has laid down his life to see hs nation and world turned back to GOD. As i watched this event from Africa, i knew there was hope. The prayer and worship broke the chains of witchcraft, sorcery, divination, necromancy etc that has held this great nation bound for so many years—releasing the agencies and departments of heaven to deploy assistance to pave way for Donald.

I do not know Lou but THANK YOU Lou from myself and all who seek the will of GOD done irrespective of our leanings. Thank you for all those that have responded to the Call over the years. Thank you to Lou’s family and armour bearers.

Sustained prayer and praise/worship truly does change things. What a blessing Lou’s ministry is. You are part of the cohort that has changed not only the USA’s destiny but the world. I salute you Man of GOD.

Shalom Aleichem. May the Call come to Africa someday.

God loves to act on earth but it takes prayer/praise/worship. 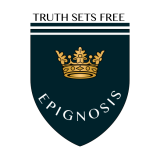 Shalom/Salam from GOD Almighty,
Welcome to log entries of my study of the Holy Scriptures.
God bless you.

GOD’S DESIRE FOR YOU

1 Timothy 2:4 (KJV)  Who will have all men to be saved, and to come unto the knowledge [epignōsis] of the truth.

12  For the perfecting of the saints, for the work of the ministry, for the edifying of the body of Christ:

13  Till we all come in the unity of the faith, and of the knowledge [epignōsis] of the Son of God, unto a perfect man, unto the measure of the stature of the fulness of Christ: